We are really excited to get back into Partnership sporting events this year following our Coronavirus lockdowns and restrictions. Please look back soon for our most recent sporting events.

Here are some of our historic sporting successes.

Spirit of the Games Values

Each competition that the children participate in, focuses on one of the six school games values (below) which help to promote personal excellence through a range of behaviours, qualities and inter-personal skills.

On Thursday 4th November, 51 children from Gateway took part in the annual Carterton Cross-Country Competition. All the children competed in teams of 5 or 6 and their finish positions were then totalled up. We were extremely proud of all the children who took part as they displayed excellent perseverance and everyone managed to complete the course.

We had a very successful outing with Year 3&4 girls, Year 3&4 boys and Year 5&6 girls teams managing to finish in second place overall. Our year 5&6 boys went one better claiming the winning spot. We also managed a first and third place. As a result of finishing in the top two places, we will now be taking part in the West Oxfordshire Schools competition on Friday 1st April. 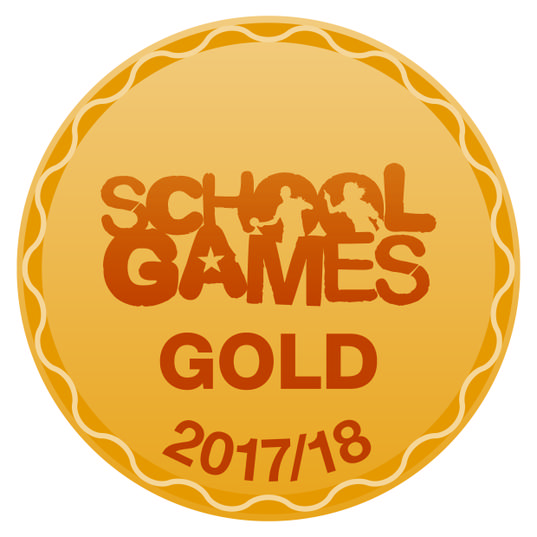 On Thursday 18th October 35 athletes made the journey to Bicester to take part in the School Games West Oxon Cross Country. The conditions were perfect and the athletes were ready. They had all been training extremely hard over the last 5 weeks and the training really paid off.

Our Year 5/6 boys finished the day 5th and 19th, the year 5/6 girls finished in 11th and 25th and the year 3/4 girls finished in 9th and 23rd. The stars of the day were the year 3/4 boys who finished 3rd overall and will be progressing to the next round, with Seb Blizzard and Joe Spencer finishing in 6th and 7th after battling the whole way round! Macy Cookson also had a blistering run and came 7th in a very strong field!

A fantastic effort from everyone involved. We are all proud of what they achieved!

U9’s and U11’s Quadkids Final at Tilsley Park - On Friday 6th July we took 21 U9 and U11 children to Tilsley Park athletics track to compete in the Quadkids County Final.
250 schools across Oxfordshire entered the competition. And Gateway as a school have done amazing , we are totally overjoyed and proud.  Each and every child showed great talent and determination. Despite soaring temperatures the whole team remained positive and supported each other throughout the whole day.
The months of training and hard work resulted in the amazing overall positions of, U11’s 9th place and the U9’s bringing home silver medals finishing in 2nd place.

“I’m so shocked because there were so may fast kids!” Josh yr4
“It was exciting as this was the first time in years we have got this far” Jack yr6 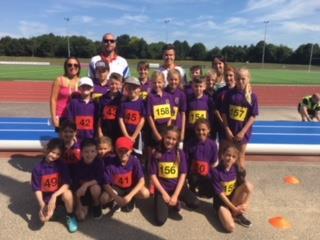 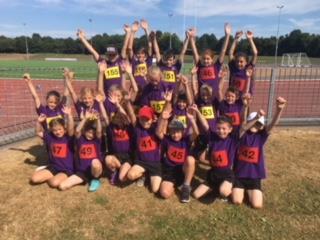 U9’s and U11’s Quadkids Finals - Team Gateway attended the West Oxford Quadkids finals at Carterton Community College on Thursday 14th June. Both our U9’s and U11’s showed excellent Gateway behaviour. All the children were determined and their determination was rewarded with a 1st and 2nd place.
The under 11’s were runner up across all of West Oxford schools, beating schools like The Bat, and the Blake to secure a place in the County Finals. Our under 9’s were the West Oxford winners! Securing the trophy for the first time ever (we think) and taking their place in the County Finals.
Both teams have progressed and will be competing on Friday 6th July at either Tilsy Park, Abingdon or Horspath, Oxford.
Mr Bell, Mrs Collett and Mrs Shepard couldn’t have been prouder of the children, all trying their hardest and got the reward they deserve. 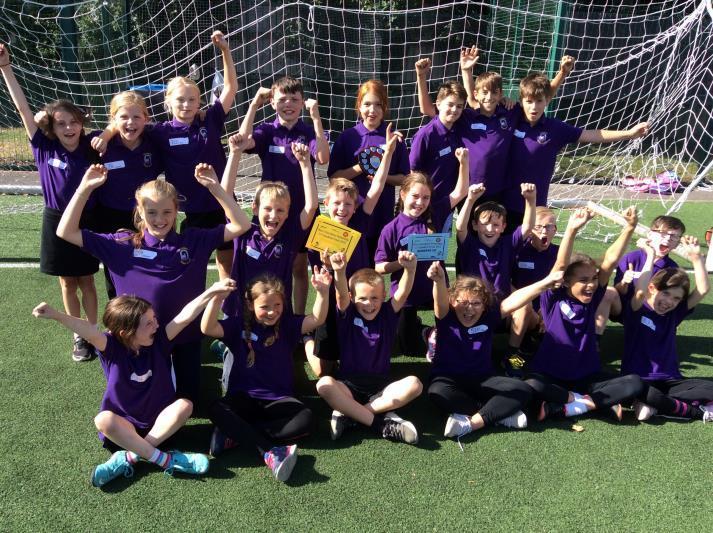 Swimming - Congratulations to the U11 Girls who took part in the second round of the West Oxfordshire Swimming Gala at Carterton Leisure Centre on Monday 11th June. The level of competition was very high this round, the girls gave it their all showing great determination cheering and supporting each other.

Thank you to all the parents who came along and supported our little fish. 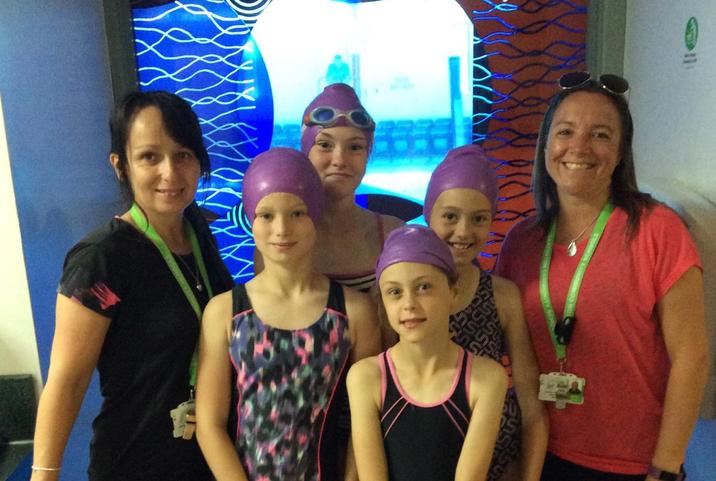 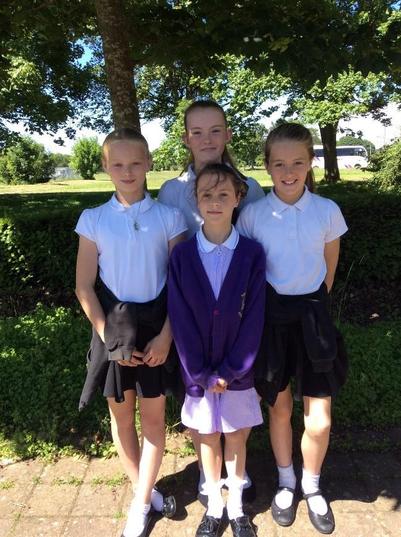 The children were split into four pools and played 4 or 5 games, they all showed great sportsmanship and a ‘give it a go attitude’.

It was a fun day out for the whole cohort and the staff too. 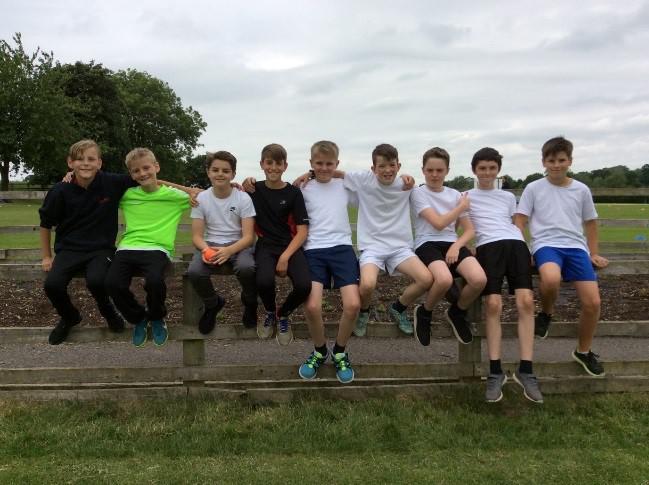 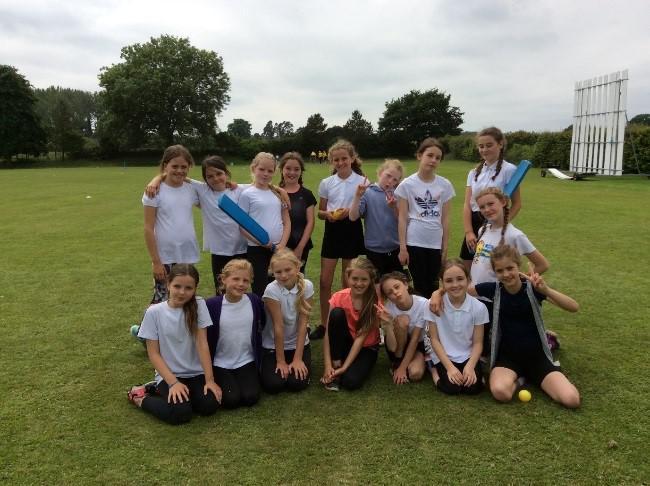 U9’s and U11’s Quadkids - On Thursday 31st May, 41 pupils went to Carterton Community College to take part in the U9 and U11 Quad Kids Tournament. This consisted on a long distance run, a throw, a jump and a sprint. Team Gateway really impressed with their athleticism and sportsmanship and showed excellent Gateway behaviour.
Both our B teams came a very respectable 4th position. Our under 9 and 11 A team’s did fantastically and came 1st. They will be representing the Carterton Partnership at the West Oxford Finals next week up at Carterton Community College. 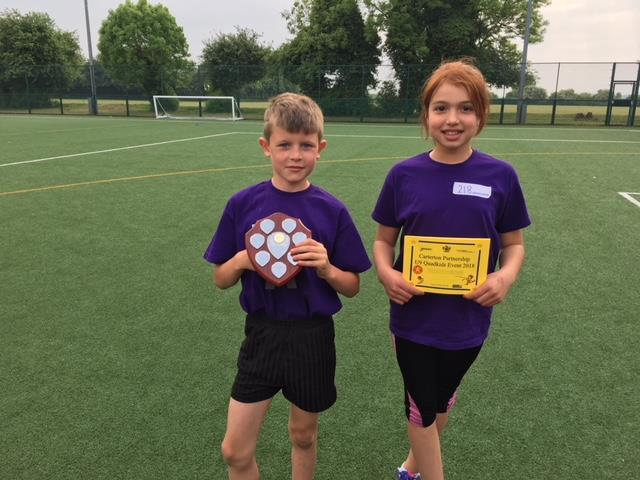 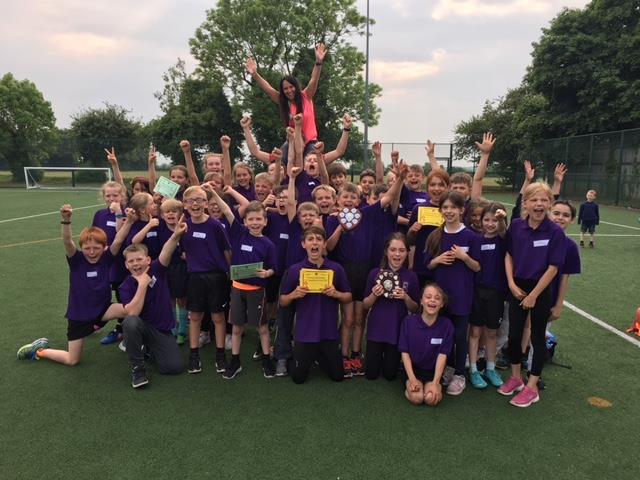 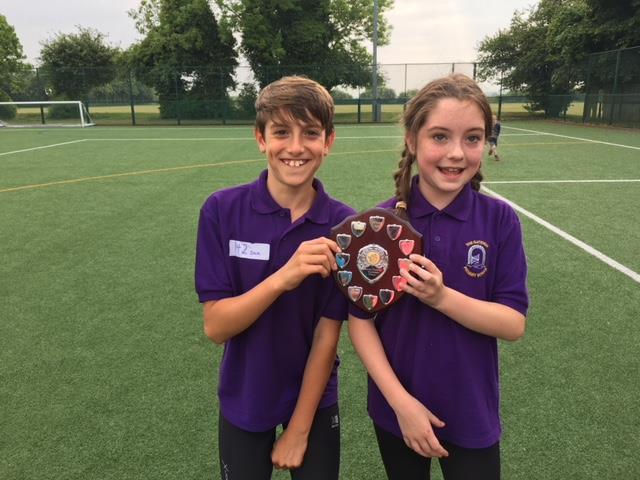 Tennis Yr 5/6 - On the 22nd May a team of four attended the West Oxfordshire tournament at Cokethorpe School competing against seven other schools.

The children were, as always, amazing and showed great determination. 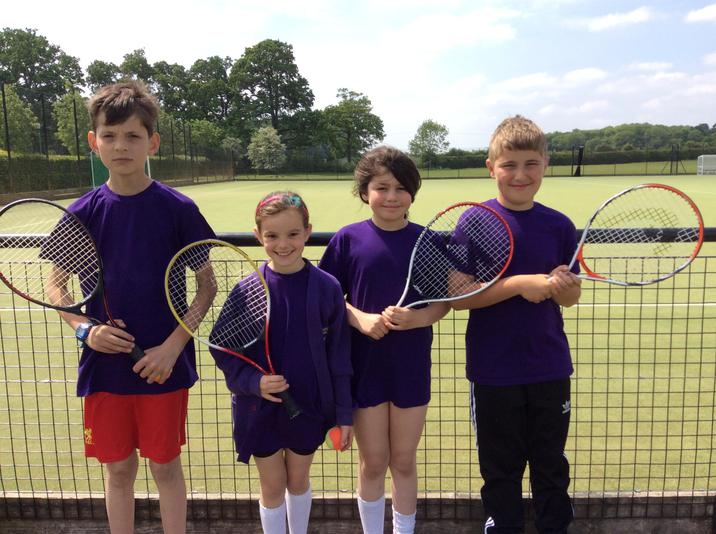 Swimming - On Monday 21st May, 16 pupils went to Carterton Leisure Centre to take part in the U11 Swimming Gala. Everyone who took part did fantastically well and showed real sportsmanship throughout the Gala.
The children showed excellent Gateway behaviour and most importantly brilliant support to one another. Overall team Gateway came 2nd. The Boys A, B and Girls B came 4th, 5th and 4th respectably and all teams showed real grit and determination throughout the event!
We are all looking forward to cheering on the Girls A team in the finals on the 11th of June! 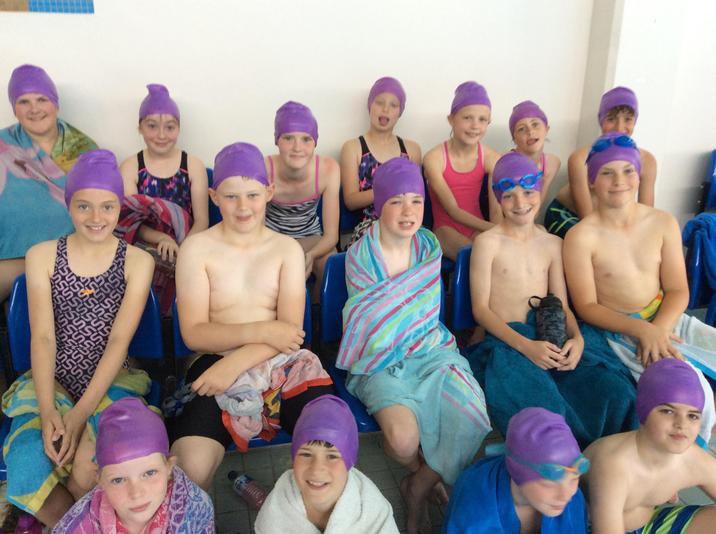 Tennis Festival Year 3 & 4 - On Thursday 10th May, 17 pupils went to Carterton Community College to take part in the U9 Tennis Festival. Everyone who took part did fantastically well and showed real sportsmanship throughout the tournament.

All children who went showed excellent Gateway behaviour and most importantly brilliant support to one another. Overall team Gateway came 3rd and we are all incredibly proud of all the children.

We would like to say a big thankyou to Mrs Smith and Mrs McGarry who took the children for the afternoon. 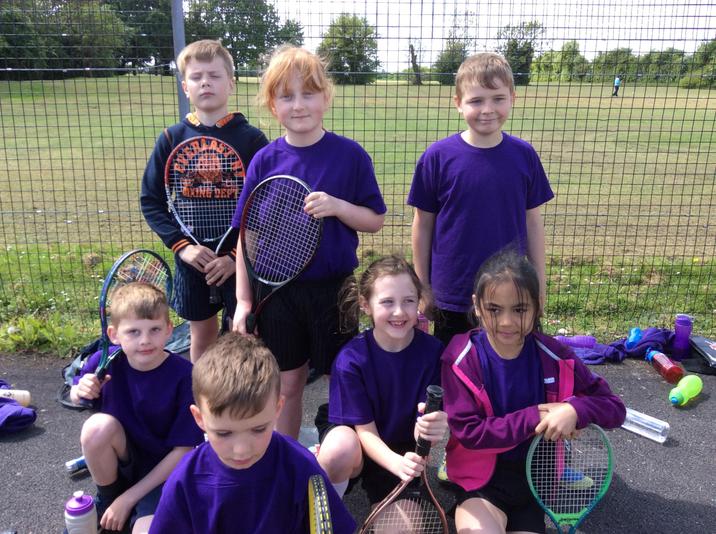 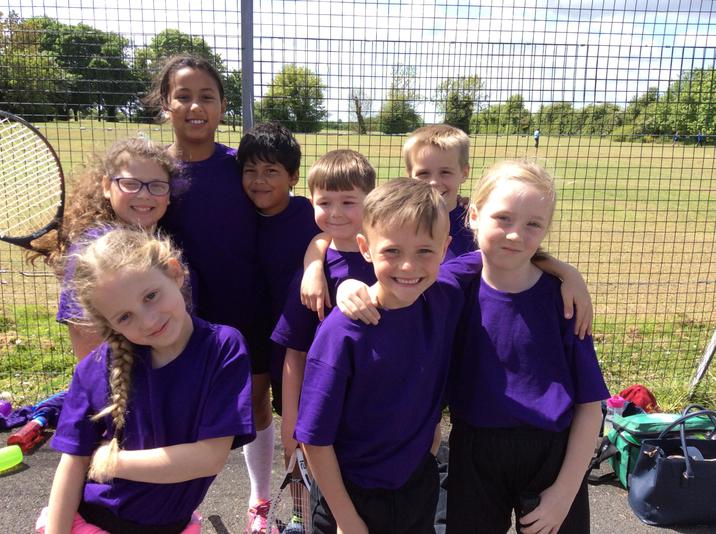 Nineteen teams were put into 5 pools, Gateway played fair and fast remembering to shake hands with the other players and sports leaders at the end of every match.

Gateway showed great determination and teamwork and came 8th overall. Our thanks go to Mrs O’Brien for training the team and helping out on the day. 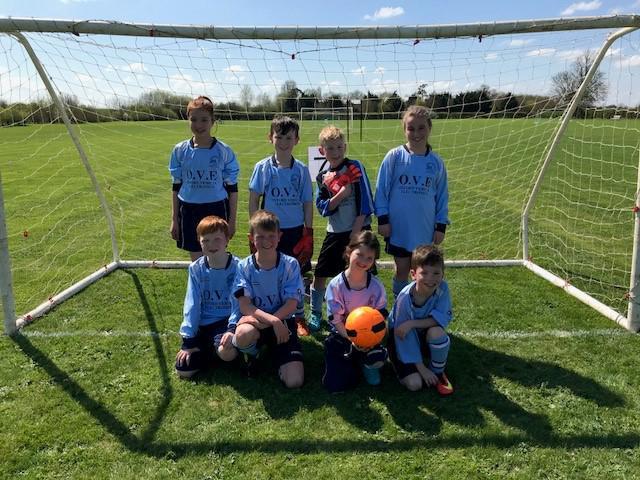 U11s Football Tournament - On Wednesday 14th March, 21 pupils took part in the U11 Football tournament which was held at Carterton Community College.

The girls blue team came 2nd just missing out on 1st place by one point! And the girls red team came 5th, both teams played extremely well showing great sportsmanship, teamwork and courage to do their best even though football was not their sport. 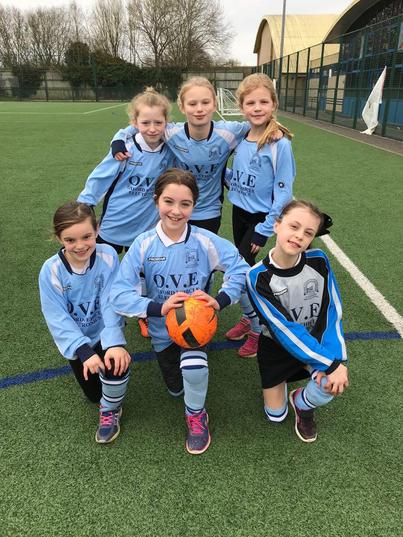 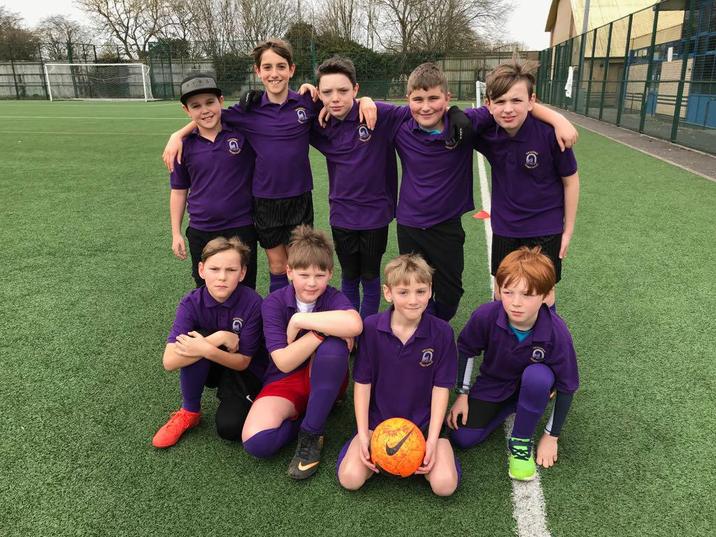 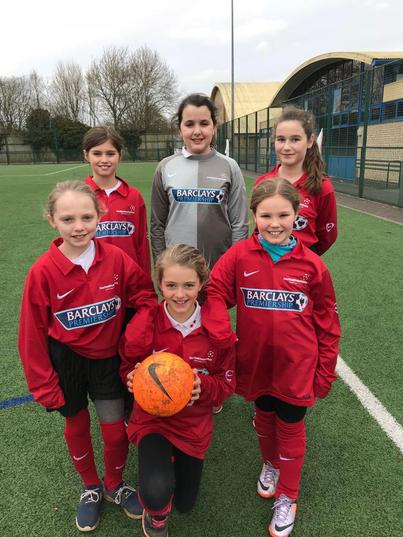 Indoor Athletics Final - On Tuesday 27th February, 23 under 11 pupils represented Gateway in the West Oxfordshire Indoor Schools Athletics Finals.
The months of training, commitment and hard work paid off as they excelled in both field and track events.
The determination and positivity from every child exceeded all our expectations and they should be extremely proud of how they represented the school.
An outstanding performance from all led us to an amazing 4th place position.
Go Team Gateway!! 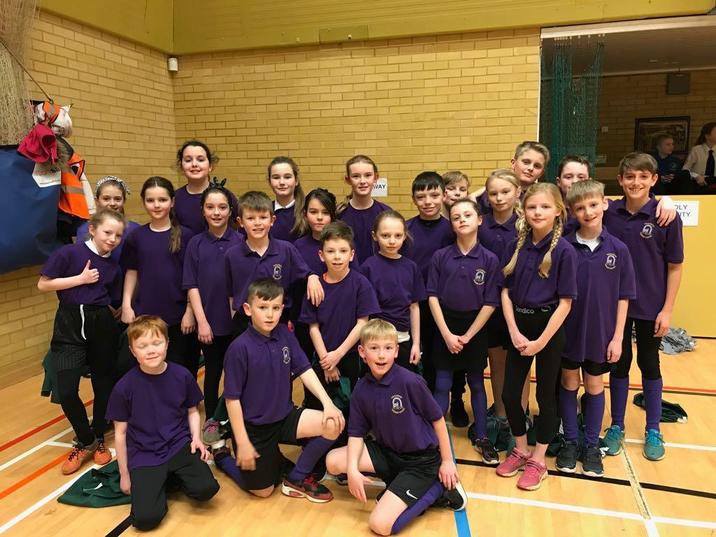 Both teams once again showed fantastic behaviour, and most importantly, brilliant support and teamwork towards one another.  Gateway A just missed out on second place and Gateway B finished in 5th place, the school are incredibly proud of the children's achievement and would like to say a HUGE thank you to Mrs O'Brien for being an amazing coach. 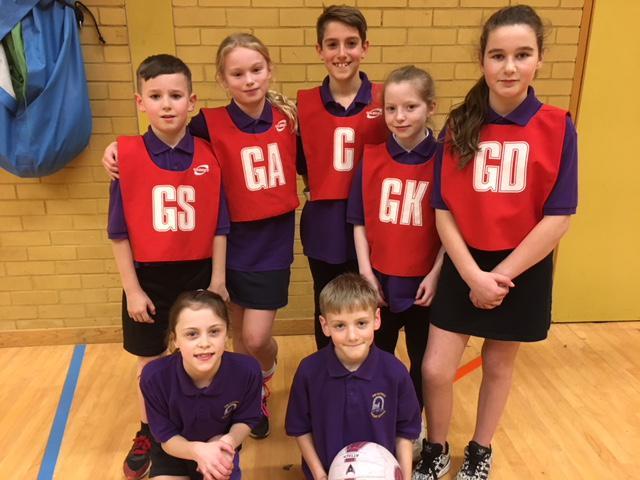 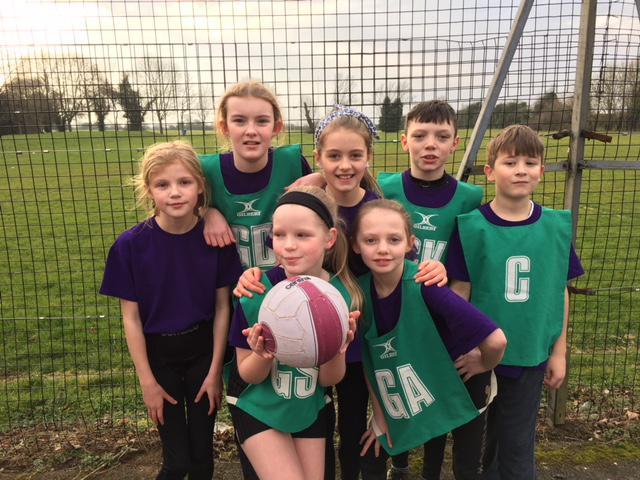 Indoor Athletics – On Monday 29th January, 23 pupils took part in the U11 Indoor Athletics competition which was held at Carterton Community College. Everybody who took part in the event was fantastic as an individual and as part of Team Gateway. They each showed great passion and determination in their events and there was a great sporting ‘buzz’ throughout!

Gateway came 1st place and they now go through to the West Oxfordshire Indoor Athletics Final!

Thank you to all the supporters who came along. 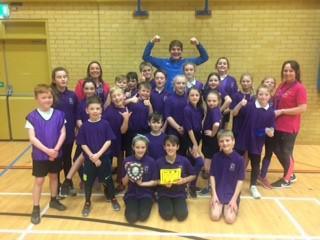 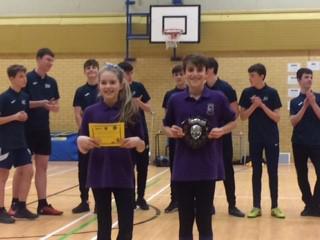